Will Gold Still be Valuable if SHTF? 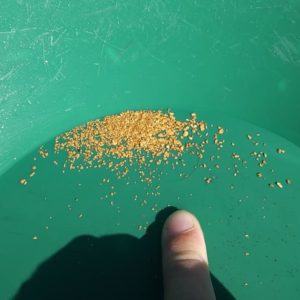 One of the most common myths floating around about precious metals is that in the event of a currency collapse or a SHTF scenario they would lose their value. Everyone would need more useful things such as food, gas, guns, ammo, etc…

First off, currency collapses do happen, and they happen often. Since most of the world began using fiat currency we have had a collapse about every 3 years somewhere in the world. Just about all “surviving” currencies have been in free fall since their inception and are a hair away from losing all value. The United States Dollar, for example, has already plummeted 95%. Imagine a stock losing 95% of its value; everyone would say that stock collapsed.

One of the most famous currency collapses was the post WWI German Mark. The currency became so useless it was cheaper to burn a wheel barrow of cash than it was to buy firewood. Gold still held its value. Gold went from 170 marks per ounce in 1919 to 87,000,000,000,000 marks per ounce in 1923. The price of gold even rose nearly two times faster than the rate of inflation. Not only did gold hold value during the collapse but it became more valuable even when adjusted for inflation.

A more modern example of this is Zimbabwe. After their currency collapsed not only did gold hold its value but it is now used as an unofficial currency by the citizens. Those who spread the myth of precious metals losing their value in a currency collapse have little knowledge of the history of currency. Most of them have no idea of the frequency of currency collapses or just don’t know they happen at all. History repeats itself and history is the simplest way to disprove this myth. Every time a paper currency has failed, precious metals have gone up in value, every time. So logically one must assume if something happens every time then chances are it will happen again. 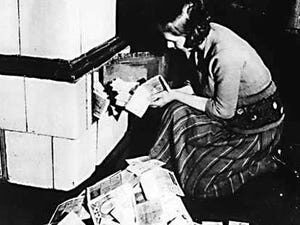 Now lets say society as a whole, not just the currency collapses. Would gold still hold its value? Like hyperinflation this is not a theoretical scenario, we can look at history for the answer. Society has collapsed and ended before. A Mad Max SHTF scenario has happened many times before in the history of the world. The fall of the Roman empire, the black death, Eastern Europe after the end of the USSR, Native civilization in the Americas, etc… In every case gold still held its value. There are no exceptions to this. None. There has been no point in human history where gold has lost all of its value.

No matter what happens to civilization human beings will want to engage in commerce. I have heard some say they would just kill others and take their things in the event of a collapse, but would you really? Do you honestly think you are going to prefer to slaughter others over simply using commerce? Even if you do you will need to team up with others. How do you plan on transacting within your gang? The desire for commerce and wealth is inherent in human nature, and as a consequence so is the value of gold.