Over the next several weeks I am going to publish a series of articles titled “Gold and Inflation.” I am going to boil a complicated economics subject down to where even “we here simple miners” can understand it (I kid, I kid). This is part two of the series. To read part one Click Here. 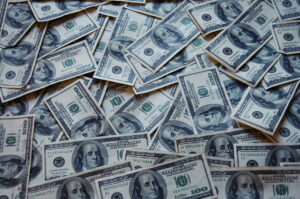 The primary reason to buy and keep precious metals, such as gold, is to protect your hard-earned wealth from inflation. All the trillions that the Fed prints to give to the banks, the government and in bailouts cause inflation. When you heard your parents talk about how a coke used to cost a nickel or how gas used to cost less than a dollar per gallon, you are hearing stories of inflation in action.

You can explain inflation with coffee. One cup of coffee has 100 mgs of caffeine. If you dump one cup of water into your coffee and mix it up, it then seems like you have two cups of coffee, but each cup only has 50 mgs of caffeine. The original cup of coffee represents our money, the caffeine represents our money’s worth, dumping water into the coffee represents an increase in the money supply which leads to inflation, and the new amount of 50 mgs of caffeine represents the worth of our newly diluted (inflated) coffee (money). In another example, let’s assume that there is one-trillion dollars in existence, and one of these dollars is worth (can buy you) a coke. Then the Fed decides to double the amount of money in existence to two-trillion dollars. Doubling the supply of money cuts the money’s worth in half. Then the coke would cost two dollars. 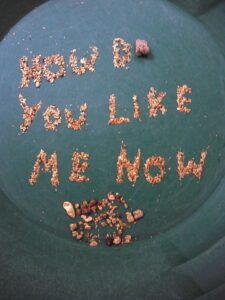 Since the Fed has taken over the dollar, inflation has sprung out of control. The Fed was created to stabilize the dollar, and needless to say they have failed to do so. From their creation in 1913 to present day the dollar has lost 96% of its value. Compared to today’s dollar, the dollar of 1913 is worth 2400% more, thus prices have raised 2400%. Because of inflation, if you save your money you are punished. If in 1970 you saved cash for retirement your retirement fund would have lost 82% of its value. Isn’t saving your money supposed to be good? If so, why are we punished for it?

All this adds up to a dirty little secret about our dollar, it cannot be a store of wealth. In a capitalistic society your wealth represents your contribution and your value to society. Bill Gates is wealthy because he invented Microsoft. Society valued his product and contribution so we were willing to buy his product and give him wealth. Movie stars are wealthy since We The People are willing to make them wealthy because the entertainment they provide us is worth it. If you are wealthy it is because you provide society with a service or product that they value. Your wealth is the material measurement or representation of your contribution to society. Your wealth is your property and it is given to you by the voluntary consent of the people who make up society. 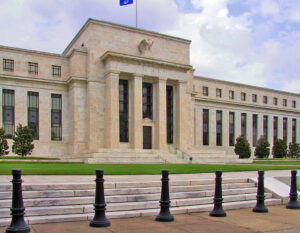 You think our dollar represents wealth? Wealth represents productivity. Then why after you work hard for hours on end and deposit your paycheck into the bank its value disappears without your knowledge or consent? Do you think your wealth is your property? Right now any money you may think is yours is being taken from you by inflation. As you read this article the Fed is taking your money. If your money is being taken from you, how can it be your property? If it is not your property how can it be wealth?

With the Fed printing unlimited amounts of money, how much money exists? The answer is that we don’t know. The Fed used to publish the M3. The M3 is the measure of all money in existence. On March 23, 2006 the Fed decided we no longer needed to know how much existed or how much they have created, so they stopped publishing the M3. 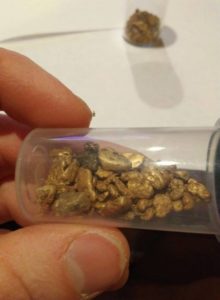 Precious metals have been valued for over 6000 years and its worth has been stable, if not climbing. Every fiat currency in the history of mankind has failed and ours is in rapid decline. For thousands of years the value of physical precious metals has gone up whenever the value of paper currency has gone down. Would you rather own paper that has been in free-fall for 100 years, or precious metals that have been on the rise for 6,000 years? The dollar has already crashed 96%. It just has another 4% to go before it reaches zero. When you do the math, its simple to see that precious metals such as gold offer a true store of wealth.